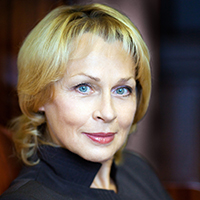 Nina Lomanovich graduated from the Belarusian State Academy of Music where she had studied under the People’s Artist of Belarus, Associate Prof. Aleksey Kogadeev. She joined the National Academic Bolshoi Opera and Ballet Theatre of the Republic of Belarus as chorus master in 1976, and was promoted to chief chorus master in 1993.

In 2010, the honorary title of the People’s Artist of Belarus was conferred on her for professionalism, considerable achievements and services to culture by the decree of the President of the Republic of Belarus No.474 of 8 September 2010.

In 2017, she was awarded the State Prize of the Republic of Belarus for considerable creative accomplishments in the development of musical art, promotion of spiritual values and significant personal contribution to the production of Dmitry Smolsky's opera The Grey Legend  based on the novel by Vladimir Korotkevich.