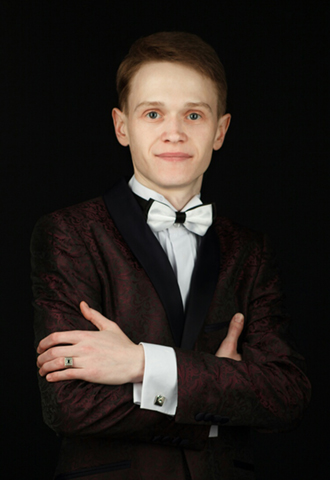 Andrei Matyushonok is a graduate in voice of the Michał Ogiński Molodechno State College of Music (class of G.I.Yurevich, 2013) and the Belarusian State Academy of Music (2018). His repertoire with the opera studio of the Academy included Tamino in Die Zauberflöte by Wolfgang Amadeus Mozart, Bomelius in The Tsar’s Bride by Nikolai Rimsky-Korsakov, Lensky in Pyotr Tchaikovsky’s Eugene Onegin.

In 2017 he was enrolled for the young artist programme of the Bolshoi Theatre of Belarus. In 2018, he joined the opera company of the theatre.