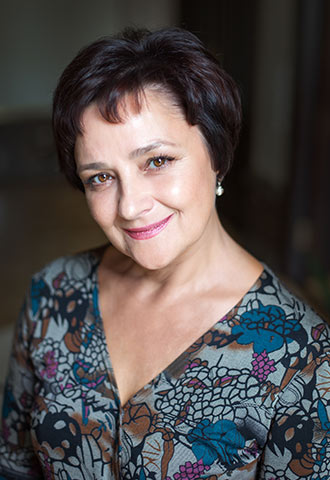 Elena Bundeleva graduated from the Belarusian State Academy of Music (class of the People’s Artist of the USSR, professor Tamara Nizhnikova) in 1993.

In 1994, she joined the opera company of the Bolshoi Theatre of Belarus.

In 2008 she was decorated with the Francysk Skaryna Medal for outstanding creative achievements, professionalism and considerable contribution to the development of national culture and arts.

Elena Bundeleva cooperates with the ensemble Belarusian Capella. Her highlights include the role of Gretchen in the production of Antoni Henryk Radziwiłł’s opera Faust (composed in 1820) with the Belarusian opera.

She performed programmes of sacred music in Sweden, took part in the cultural forum Solingen-Minsk, Germany, and tours of Spain, Thailand, the UK with the company.