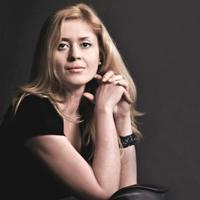 Olga Buravleva graduated in chorus conducting from the Mikhail Glinka Minsk Music College in 2001, followed by her graduation from the Belarusian State Academy of Arts in directing of dramatic productions (Associate Professor Vitaly Kotovitsky’s class) in 2010.
In 2014, she graduated from the Belarusian State Academy of Arts with a degree in theatre arts. She was awarded the scientific qualification "Researcher" in the field of art criticism.
She has participated in many projects:
- Young Directors Lab "Theatre of the XXI century. Experience of the past and search for the new" within the Chekhov Festival (Moscow, 2013);
- 10th workshop "Innovations in Culture" (Academy of Public Administration under the aegis of the President of the Republic of Belarus, Minsk, 2014);
- 5th International Theatre Conference “Philosophy of Theatre in XXI century: the Concept of Existence” (Baku, 2018);
- Tbilisi International Festival of Theatre Georgian Theatre SHOWCASE (Tbilisi, 2019).
She also participated in writing articles on personalities and performances for the encyclopedia of the National Academic Bolshoi Opera and Ballet Theatre of the Republic of Belarus (2015).
Work:
From 2004 to 2011 she worked with the state institution “Minskconcert” as an assistant director and director. She has worked at the different concert venues in Minsk: Minsk Concert Hall, Belarusian State Philharmonic, Minsk City Hall, Palace of the Republic and outdoor venues as part of the Victory Day, Independence Day and City Day celebrations.
She taught at the Department of Direction of Belarusian Ceremonies and Celebrations of the Belarusian State University of Culture from 2010 to 2012  and at the Division of Opera Training and Choreography of the Belarusian State Academy of Music from 2010 to 2013.
From 2012 to 2015 she was a senior lecturer at the Department of Directing at the Belarusian State Academy of Arts (directing, acting skills, composition).
Since 2011 she is a director at the Bolshoi Theatre of Belarus.
She was Mikhail Pandzhavidze’s assistant director in such productions as Aida by Giuseppe Verdi, Il Barbiere di Siviglia by Gioachino Rossini, The Grey Legend by Dmitry Smolsky, Turandot by Giacomo Puccini and Hans-Joachim Frey’s assistant director in Der Fliegende Holländer by Richard Wagner.
Olga Buravleva is a stage director of some concerts on the main stage and at the Chamber Hall of the Bolshoi Theatre of Belarus.
In 2012 she staged opera for children Winnie-the-Pooh by Olga Petrova at the Bolshoi theatre of Belarus.