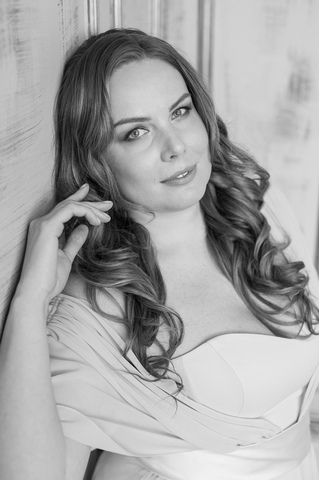 In 2010 Ekaterina Mikhnovets graduated from the Belarusian State Academy of Music where she had studied under Valentina Rogovich.

In 2015, she was an apprentice of the opera company of the Bolshoi Theatre of Belarus.

She joined the opera company of the Bolshoi Theatre of Belarus in 2016.

She took part in the Birgitta Festival in Tallinn, Estonia, in 2016 and in the Brucknerfest in Linz, Austria, in 2017. Later in 2017 Ekaterina participated in the Les Jeunes Ambassadeurs Lyriques programme in Montreal, Canada.

In 2016, she performed mezzo parts in Bach’s Mass in D minor and Magnificat with the State Academic Symphony Orchestra of the Republic of Belarus under the baton of Alexander Anisimov.