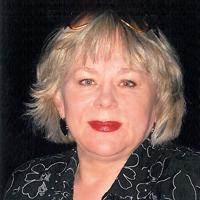 The title of the Honoured Artist of the Republic of Belarus was bestowed on her in 1984.

In 2013, she was decorated with the Francysk Skaryna Medal in recognition of her professionalism and outstanding achievements in the development of Belarusian culture.

She sang leading roles in premiere performances of operas by contemporary Belarusian composers, including the roles of Klava in Life Path by Heinrich Wagner, Kobi and Paola in The Lady’s Visit and Giordano Bruno by Sergey Kortes, Iryna in The Grey Legend by Dmitry Smolski, Nastya in The New Land by Yury Semeniako. She took part in radio recordings of Kastus Kalinousky by Dmitry Lukas and Mother Courage by Sergey Kortes. Her rich chamber repertoire included old Russian art songs, arias from operas by European and Russian composers, as well as chamber and vocal music by national authors.