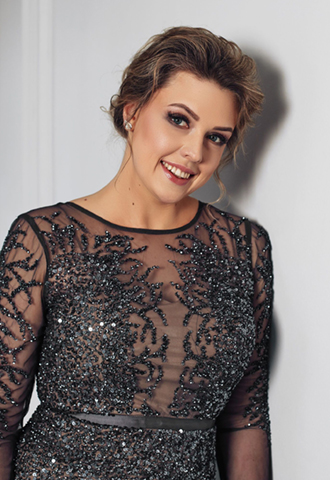 Marta Danusevich was born in Minsk. In 2014 she graduated from the Belarusian State Academy of Music (class of Lyudmila Kolos). In the Opera Studio of the Academy of Music she performed the roles of Chio-Chio-San (Madama Butterfly by Giacomo Puccini), Tatyana (Eugene Onegin by Pyotr Tchaikovsky) and Iolanta in the Pyotr Tchaikovsky’s eponymous opera, also she took part in the concerts of the Belarusian State Academy of Music. Since 2015 she is a soloist of the Bolshoi Theatre of Belarus (2013-2015 apprenticeship).