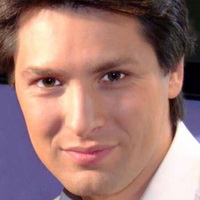 Vladimir Gromov graduated from the Belarusian State Academy of Music in 2002 (class of the Honoured Artist of the Republic Belarus and Ukraine M. Zhiliuk). The following year, he earned his master's degree in voice from the Academy.

He joined the opera company of the Bolshoi Theatre of Belarus in 2000.

In 2013 Vladimir Gromov was engaged by the Azerbaijan State Academic Opera and Ballet Theater as the Count in the premiere performance of Le nozze di Figaro conducted by Ayyub Guliyev.

He was on the jury of the LYRE National Theatre Prize in the field of pop music in 2014.

As a member of the theatre company Vladimir Gromov has toured Germany, Thailand, and the UK.